Another lovely place in Ayrshire to visit is Dean Castle and Country Park which is nestled in the town of Kilmarnock in East Ayrshire and is a fantastic free day out for all the family. The Country Park, covering over 200 acres has something for everyone to enjoy.

All about the Castle

Dean Castle dates from the 14th Century. It was built by the ambitious, influential and well-travelled Boyd family, the Lords of Kilmarnock.   The buildings and estate continued to be lived in and developed until the mid-1700’s, when a large fire devastated the site. The Boyd family moved on shortly after that and the site passed through the ownership of several important and influential people, until it was inherited by the 8th Lord Howard de Walden.

From about 1905, De Walden set about re-building areas of the Castle that had fallen into disrepair. He used the Castle to display his collections of Arms and Armour, and early Musical Instruments. In 1974, the 9th Lord Howard De Walden gifted the Castle, estate and collections to the people of Kilmarnock under the stewardship of the local Council.  The venue has operated as a visitor attraction ever since, and is managed by East Ayrshire Leisure Trust.

The Dean Castle site comprises a number of historic buildings set around a central courtyard. These are:

Dean Castle is home to collections of objects that are of international significance. From the exquisite craftsmanship and rarity of the musical instrument collection to the Viking sword that fires the imagination.  The entire Dean Castle collections – as well as the buildings themselves – represent over 150 years of collecting and over 1,000 years of the history of Ayrshire, its people, and beyond.

At the time of writing this blog (March 2021) the Castle and various buildings within it were closed and undergoing renovation and restoration with funding from the Heritage Lottery Fund and Historic Environment Scotland – and the collection of artefacts had moved temporarily to the Dick Institute nearby.  Keep an eye on the website to find out when the Castle is reopened to visitors.  But in the meantime take in the beautiful Country Park. 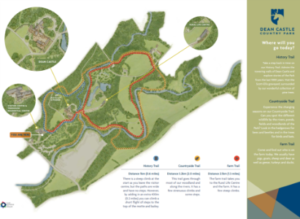 Pop into the Visitor Centre as your first port of call where you can pick up a trail map.  You’ll also be able to get advice here on the best routes to take if you fancy a wander in the park.  The visitor centre has large screens to show footage of wildlife throughout the country park. This includes an interactive camera which allows you to zoom in and out and span across the quarry pond watching the ducks, herons, squirrels, geese and other pond visitors. The Visitor Centre is also home to the Treehouse café – somewhere to chill with views over the Country Park (with outdoor seating too to enable your 4 legged friend to join you).  There’s also a Gift shop where you  can pick up a souvenir of your visit.

Here’s just some of the things you can do in the park….

Go and visit the Rural Life Centre where you can learn more about sustainable living. 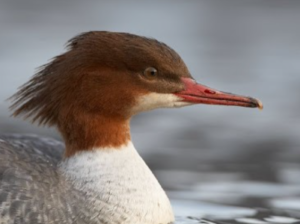 Take in some beautiful Woodland walks –The extensive path network involves a few strenuous climbs and some steps. The trails can be walked in their entirety or in bite sized sections to suit.  The Countryside Trail curves up to run high above the river, passing through an area of magniﬁcent old trees and  rhododendrons which add a splash of vivid colour in the Spring.  The two rivers – the Fenwick and Craufurdland Waters – are a major feature of the park and they join to form the Kilmarnock Water near the main entrance.  There are over 7km of trails to explore – from formal designed landscapes of parkland lime trees and ornamental pines, through native woodland dwarfed by great oaks to open farm land surrounded by grazing horses and buzzing hedgerows.  Take a stroll past the Quarry Pond and see what wildlife has made its home there……  and in the park you can also see the fallow deer herd and fawns.

Children can run wild in the adventure playground (inspired by the 14th century castle and it’s surroundings, the space has been designed to encourage freedom, choice and excitement within a natural setting and is deliberately different from the urban play parks throughout various towns and cities). 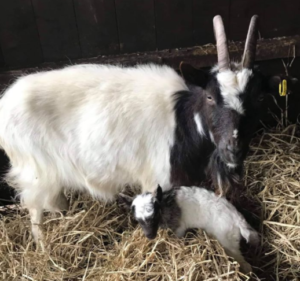 You can also explore the Urban Farm  where they are working towards becoming a Rare Breeds Centre preserving traditional British breeds of farm animals, which are no longer used in modern intensive agriculture  and meet the Manx Loaghtan sheep, Bagot goats, Eriskay ponies and Gloucestershire Old Spot pigs.

The Country Park has an extensive events programme throughout the year too – from pond dipping and nature walks with the Countryside Rangers to Harvest Festivals, family fun days and more! And interesting fact no 101 – Dean Castle Country Park and the Castle and surrounding area was used as a filming location for S2 of the hit TV series Outlander….

Hopefully some of these things in my blog have whetted your appetite to visit..  We enjoyed a lovely day out at the park (despite the Castle not being open) – it has something for everyone…..so enjoy……and thank you to East Ayrshire Council for allowing me to use some of their images and text within my blog …